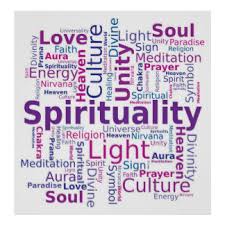 Have you ever stopped to think “why am I here?”.  We are born, we live, we die.  Why?  Somewhere along the way we might be married, and have children.  But what is the purpose of all this and do we have a purpose driven life?

OK, so we are born because, nine months previously, our parents conceived us.  We die because our bodies get worn out, or are attacked by illness of some sort, or we suffer a serious accident.  But what is death, really?  Does it all stop at that point?

It can all seem so mundane.  Sure, there may be exciting trappings like nice clothes, big houses, fast cars, exotic holidays, having fun, but is this really the point?  We could live without these things, and many people do.

Surely there must be a higher purpose than this, a real reason for our existence?

There is.  Emanuel Swedenborg explains that the universe is a single unit coherently organised from beginning to end, because in creating it God had one end in view, which was to establish and maintain a heaven of angels from the human race.  This includes all human beings, not just those of a particular religion or sect.

Surely it doesn’t all end when our bodies die?  It doesn’t.  Swedenborg tells us that people’s lives from infancy to old age are nothing else than an advance from this world towards an unending life in the spiritual world, the last stage of which is death and the actual transition from this life to the next.  Our lives in this world train us for our lives in the next. In fact, we will find that a life of love and usefulness gives us a deep sense of purpose that results in further fulfilment in heaven. 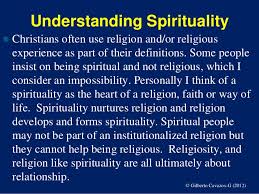 I belong to a growing group of individuals who are seriously interested in trying to unify science and theology. Certainly, if God created the world, He knows what quantum physics is.

I am attempting to show in my next book, Proving God, that the scientific laws of the universe have their origins in God’s laws of Divine LOVE.

It will be beneficial to describe to you the current state of affairs, as simply as possible.

Physicists now believe that fundamental reality consists not of physical “stuff,” but of pure potentials, called quantum possibilities. These possibilities, or tendencies to exist, represent dynamics that do not fit into classical descriptions of motion. A quantum entity can be in many places at once, almost as though it were a non-physical wave representing a range of possibilities striving to find tangible physical existence.

So nature, at its fundamental level, is a world of striving and pure endeavor. The wonderment in all this is that when quantum potentials become real events in time and space, they create coherent and stable structures. These structures gain in complexity over ages and ages until nature has brought forth the human brain with all its intelligent functions and profound self-awareness.

Science refuses to see this process of moving from potentiality to actuality, from actuality to stable structure, from stable structure to complexity, from complexity to consciousness as purposeful. At the quantum level, they believe reality consists of irreducible chance. This is because science feels it must describe reality from physical principles only (naturalism). Scientists will even concede that if reality has emerged from a metaphysical principle, then the mystery of agency in the universe will not be considered a real scientific topic.

So science is not necessarily as concerned with truth as it is with finding materialistic models that will offer predictable and testable explanations.

Traditional religion, while believing that the universe has its origins in a metaphysical principle, still offers us little help here. Religion concerns itself with God’s laws of salvation and God’s covenant with humanity. Current theology offers few rational insights as to how the laws of salvation or spiritual evolution might be connected to physics. God simply creates one set of laws to run the physical universe and another set of laws to save our souls. This thinking is as equally wrong as scientific thinking.

The only way to unify science and religion is to find a similarity between physical nature and God’s nature. Dissimilarity points to imperfection. But if God is Infinite Love and Infinite wisdom, no imperfection can be predicated of God. Besides, the ubiquitous law that nature always proceeds in the most economical way requires a top-down causal link between God’s nature and physical nature. (Unless you favor deism and believe in an impersonal Creator.)

Since we have been discussing fundamental reality from both a scientific and theological perspective I would now like to jump into the mind of a child who sees reality as enchanted. We often see children drawing pictures where they put a “smile” on the face of the sun. Children see everything in the world as being “alive.” That is why children respond to stories where animals, trees, and even rocks can talk.

As Jesus pointed out, we must become more like little children. While this refers to the spiritual challenge of adults returning to a state of innocence, the Lord is not implying that we should also abandon intellectual pursuits. Getting to heaven is not a move away from an intellectual grasp of the ultimate reality, but to be enlightened by it.

Can the dynamics of LOVE represent an exact science? Yes!

As I stated above, physicists see fundamental reality as a striving, or propensity. Love is also a propensity and endeavor, but it is a conscious, living endeavor. Scientists also say that quantum possibilities “collapse” into stable forms of matter, which lead to greater complexity and ultimately to larger scales of organized systems (unities). Love also seeks to unify things in the same way nature pursues a course of self-organization.

In this century, humanity will come to understand that LOVE is the creative psychical force and ultimate formative substance of the world, and the reason why everything in the universe is non-spatially and non-temporally interconnected.

This is just a small taste of what I will be covering in my soon to be published book, Proving God.

Posted on December 3, 2008by thegodguy