What does the New Church teach about Easter? It’s a short question, but it involves a big network of connected ideas. It can’t be answered right in a sound bite, so bear with me…

First, we believe in God – just one God – who creates and sustains everything, including our physical universe.

God, acting from his core of Divine Love, using his Divine Wisdom, created the universe (the Big Bang?), and, eventually, as part of it, our galaxy, solar system, and the Earth. Through his creative providence, life began on earth. Over millions of years, it evolved into progressively more complex life forms, until, in time, God could bring about the development of human beings with rational minds capable of understanding spiritual truths. Through those truths, people would be able to love one another as neighbors, and to love God, walk in his ways, receive his love and wisdom, and be conjoined to Him.

It’s part of God’s Providence to always keep open a way to communicate with us, so that we can receive truths accommodated to our state. He communicated with early humans through a more direct awareness, but as we became more external, he used some men as prophets, or revelators, to write down his truths, and to tell them to others. Some of these revelations are very ancient, by human standards. In the Books of Moses, maybe 3500 years old themselves, Moses refers to even more ancient books – “The Wars of Jehovah”, “Annunciations”, and “The Book of Jasher”, which formed parts of an ancient Word.

At the time before Jesus Christ was born, the truths from the Ancient Word had been corrupted or largely forgotten, and polytheism and idolatry were widespread. Of the 12 tribes of the Children of Israel, 10 were dispersed, and swallowed up into the surrounding culture. In Jerusalem and its surrounds, the Jewish church still preserved the Old Testament, and the faithful still observed its tenets, but even within Judaism, some of the external worship was hollow. There were still some people in simple good, who would receive the Lord’s new truths gladly – Mary, Joseph, Elizabeth, Zacharias, Anna, Simeon, and later the apostles, and then the multitudes who gathered to hear Jesus preach the truth, and to be healed by Him.

The New Church teaches that Jesus Christ was God himself, who took on a human body, so that he could live among us, and teach us the essential truths we need so that we can follow them, and by doing so open our minds to receive and transmit his love.

We also believe that part of his method of redeeming us was to take on a human heredity with its temptability, so that he could directly fight evil. Where was the evil coming from? We believe that people have immortal souls. When our bodies die, we live on in a spiritual world. In that world, we can’t pretend we are good if we are not – our true natures become evident. And, we gravitate towards like-minded people, much as we do in this world, except with clearer sight. If we fundamentally love our neighbor and God more than ourselves, we will create friendly, neighborly societies. If we fundamentally are looking out for “number one”, our societies will tend towards the nasty, forming hellish places. God didn’t create hell, but he does not force us to be good, since that would destroy our freedom. So, he permits us to create hells for ourselves. We can do it on earth too, when evil people have power. Nazi Germany was one ultra-clear example of this, among too many others.

Now, in the New Church we believe, as many people do, that there is a relationship between the spiritual world and the natural world, and that we are subject to spiritual influences. The popular image of the guardian angel actually has some basis in spiritual fact, and the image of the angel on one shoulder and the devil on the other is also more real than is comfortable to think about.

We are tempted, while living our lives, to do evil things. These temptations flow into us from evil people in the spiritual world. In the normal order of things, the power of this evil is kept in check by balancing influx from heaven, where the Lord’s love flows through good societies and communicates itself to us. At the time of the Lord’s birth, the balance was precarious – the hells had grown too strong and evil was too influential. We see illustrations of this in the stories of the New Testament, where Jesus and his disciples in many cases are healing demon-possessed people.

So, part of the Lord’s mission was to rein in the power of hellish influence, and he did this by allowing himself to be tempted through the human that had had taken on from Mary, and by winning each temptation in turn, to cap the power of each hellish society. In the stories of the New Testament we see some of those temptations – when He was tempted by the devil in the wilderness, and in the Garden of Gethsemane, and on the cross. But, he conquered each one, even the final ones where he was doubting whether His mission had succeeded.

What, then, happened at Easter?

God incarnate had come to earth, as Jesus Christ, fulfilling a whole series of Old Testament prophecies. He had, through a lifelong series of temptations, fought with and subdued the powers of hell, restoring the balance which allowed people to freely choose their course in life. He had taught us the new truths that we needed, so that we could learn, if we wanted to, how to be good. He had opened a new channel of communication – we could now picture him in human form – not just as a remote, formless God, but as a Divinely Human God who loves us, wants to save us, and in whose image and likeness we are made.

The crucifixion was the climactic temptation, and victory, in a life of victory over evil. The human body that the Lord took on from Mary was glorified, converted to Divine substance. That’s why it was not found in the tomb on Easter Sunday, when the stone was rolled away.

After Easter, the Lord could – and did – still appear to his followers, but they were seeing him with their spiritual eyes opened. They followed him to Galilee, and witnessed his ascension to heaven. And then they spread out around the world, teaching the truths that he had taught them, and leading by example, so that Christianity became the world’s largest religion.

As the Christian religion spread, false ideas crept into it. Here are some key points in our belief, that combat those falsities:

– We don’t believe that Jesus was a separate person from God. He was God.

– We don’t believe that he sacrificed himself on the cross to atone to God for the sins of humankind. He WAS God. Instead, he allowed himself to be crucified because by doing that he could show that even the death of the physical body was not something final – not something that really had power over good and truth. His resurrection was the key event.

We believe that Mary was good, but not that she was perfect, nor that she was born without sin. She was chosen to be the mother of the Lord because she was, like Joseph, part of the remnant of simple, good people who obeyed the Lord’s will, and whose faith would enable the fulfillment of His mission. However, the heredity through Mary contained normal tendencies towards evil that opened Jesus to temptations, which was a necessary part of the plan.

There are also non-Christian ideas that have currency in our culture, though we think they are false. Here are some key points in our belief:

– We do not believe that Jesus Christ had a romance with or married Mary Magdalene.

– We do not believe that Jesus Christ was merely a good teacher or man of exemplary character, who was later deified by his disciples.

– We DO believe that Jesus Christ did exist as a historical figure, and that he was God incarnate, and that the Gospels contain essential truths that we should live by. 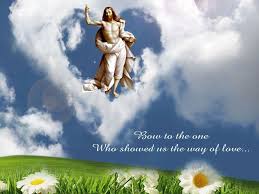