(1) The Lord is the Word because the Word is from Him and treats of Him.

(4) That this is done mediately through preaching does not take away the immediateness.

As heretofore this has been understood to mean only that God taught men through the Word, it has been explained as a hyperbolical expression, not meaning that the Lord is the Word itself; and for the reason that it was unknown that by “the Word” the Divine truth of the Divine good is meant, or, what is the same, the Divine wisdom of the Divine love. That these are the Lord Himself is shown in Part First of the work on The Divine Love and the Divine Wisdom; and that these are the Word is shown in the Doctrine of the New Jerusalem concerning the Sacred Scripture (n. 1-86).

How the Lord is the Divine truth of the Divine good shall also be briefly told.

Every man is a man not from his face and body but from the good of his love and from the truths of his wisdom; and because it is from these that a man is a man, every man is also his own truth and his own good, or his own love and his own wisdom. Apart from these he is not a man.
But the Lord is good itself and truth itself, or, what is the same, He is love itself and wisdom itself; and these are the Word which was in the beginning with God and which was God, and which became flesh.

All those who are taught by the Lord in the Word are taught a few truths in the world, but many when they become angels; for the interiors of the Word, which are Divine spiritual and Divine celestial things, although implanted at the same time, are not opened in man until after his death, thus in heaven, where he is in angelic wisdom, which in comparison with human wisdom, that is, man’s former wisdom, is ineffable. That Divine spiritual and Divine celestial things, which constitute angelic wisdom, are present in all things, and in each thing of the Word, may be seen in the Doctrine of the New Jerusalem concerning the Sacred Scripture (n. 5-26).

Fourthly: That this is done mediately through preaching does not take away the immediateness. The Word must needs be taught mediately through parents, teachers, books, and especially the reading of it. Nevertheless it is not taught by these, but by the Lord through them. And this the preachers know, and they say that they do not speak from themselves but from the spirit of God, and that all truth, like all good, is from God. They are able, indeed, to declare the Word, and bring it to the understanding of many, but not to the heart of any one; and what is not in the heart perishes in the understanding; “the heart” meaning man’s love. From all this it can be seen that man is led and taught by the Lord alone, and is led and taught immediately by Him when this is done from the Word. This is the arcanum of arcana of angelic wisdom. 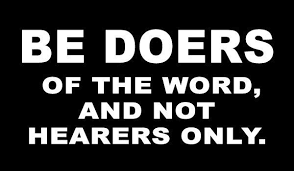