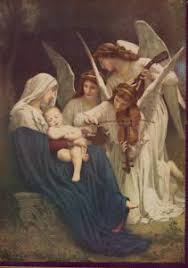 The Messiah. The Savior. For hundreds – maybe thousands – of years, people were waiting for the Lord to be born. Why? Because the Old Testament has many prophecies of the event.

It starts in Genesis 3:15, where the Lord admonishes the serpent in the Garden of Eden:

And I will put enmity between thee and the woman, and between thy seed and her seed; it shall bruise thy head, and thou shalt bruise his heel. Genesis 3:15.

There’s the well-known one from Numbers 24, when Balaam blesses Israel:

He hath said, which heard the words of God, and knew the knowledge of the most High, which saw the vision of the Almighty, falling into a trance, but having his eyes open: “I shall see him, but not now. I shall behold him, but not nigh. There shall come a Star out of Jacob, and a Sceptre shall rise out of Israel, and shall smite the corners of Moab, and destroy all the children of Sheth.”

In Micah 5, there’s this one, in which Bethlehem is identified as the place where the Lord will come from:

But thou, Bethlehem Ephratah, though thou be little among the thousands of Judah, yet out of thee shall he come forth unto me that is to be ruler in Israel; whose goings forth have been from of old, from everlasting.

In Malachi 3:1-4, there’s a prophecy that includes both John the Baptist and the Lord:

1 Behold, I will send my messenger, and he shall prepare the way before me: and the Lord, whom ye seek, shall suddenly come to this temple, even the messenger of the covenant, whom ye delight in: behold, he shall come, saith the LORD of hosts.
2 But who may abide the day of his coming? and who shall stand when he appeareth? for he is like a refiner’s fire, and like fullers’ soap:
3 And he shall sit as a refiner and purifer of silver: and he shall purify the sons of Levi, and purge them as gold and silver, that they may offer unto the LORD an offering in righteousness.
4 Then shall the offering of Judah and Jerusalem be pleasant unto the LORD, as in the days of old, and as in former years.

In Isaiah, there’s another prophecy of John the Baptist, and the Lord:

“A voice is crying — in a wilderness — Prepare ye the way of Jehovah, Make straight in a desert a highway to our God.” Isaiah 40:3.

Then, in Isaiah 9, we have perhaps the best-known one of all:

6 For unto us a child is born, unto us a son is given: and the government shall be upon his shoulder: and his name shall be called Wonderful, Counseller, The mighty God, The everlasting Father, The Prince of Peace.
7 Of the increase of his government and peace there shall be no end, upon the throne of David, and upon his kingdom, to order it, and to establish it with judgment and with justice from henceforth even for ever. The zeal of the LORD of hosts will perform this.

There are many other prophecies besides these. But Malachi was the last of the Jewish prophets, and for perhaps 500 years after his death, the records are silent.

Three hundred years before the time of Jesus Christ, the armies of Alexander the Great swept through Israel, and it became part of Alexander’s empire. After his death, three of his generals divided the empire amongst themselves, and Israel became a borderland between the Seleucid and Ptolemaic empires. Greek culture followed, threatening to swamp the Jewish culture that had been somewhat restored after the return from Babylon. There was a brief independence under the Maccabees, but then came the Romans.

Somehow, there was still a remnant of good people who were waiting for the Messiah, and – when the time came – they were receptive. Mary was. Joseph was. The shepherds were. The wise men were. Zacharias and Elizabeth were. In the temple, Simeon and Anna were. So, there were a few, who knew the prophecies, and had not lost faith that they would someday be fulfilled.

5 thoughts on “Prophecies of the Lord’s Advent”