THE SCIENCE OF CORRESPONDENCE

THE NEW AGE AND ITS MESSENGER

The writings of that most remarkable man of modern ecclesiastical history, Emanuel Swedenborg, have taken a deep hold upon my mind, and affected my whole inner life. He who comes to the perusal of them with an unprejudiced mind, with a sincere desire to learn the truth for the sake of truth—who loves truth for its own divine self—will not fail to find in them principles of great value. He will find there a true spiritual philosophy. He who loves truth for its own sake, and who incorporates it immediately into the life, is in that moral condition which renders the mind of man receptive of enlighten­ment from the Lord, the infinite fountain of all light. There are some minds peculiarly fitted to receive truths of a certain class, as those relating to some one of the sciences. But a soul in the moral attitude referred to above, drinks in spontaneously all spiritual truth. ” He that doeth truth, cometh to the light, that his deeds may be made manifest, that they are wrought in God.” (Jno. iii. 21.) ” If any man,” says our Saviour, ” will do his will, he shall know of the doctrine, whether it be of God, or whether I speak of myself.” (Mat. vii. 17.)…

There is the belief of the Church that a brighter age and a better dispensation would have its birth in the future. This hope has shone the brighter when the moral darkness has been the most profound. It has seemed reasonable to some that there will be three grand dispensations of the Church, corresponding to the three manifestations of the one God to the world, as the Father, the Son, and the Holy Ghost. There has been the dispensation of the Father. This comprehends the whole period before the incarnation. In the Old Testament how little is said of the Son. Christ is there (for every sentence of the older Scriptures is Messianic, and not here and there a passage), but he is there veiled beneath sensuous symbols. It is an age of obscurity. We have had the age of the Son or the Logos—the intellectual age, the dispensation of faith. This has continued until the present. The next, which we doubt not has had its birth, will be the age of the Holy Spirit, when Christ will come as the Comforter, the Paraclete, to impart a new and higher life to the souls of men. In the first the sensuous predominates, in the second, the intellect; the third will be the dispensation of love. Love and its intuitions will predominate in the glorious Church of the future. This better dispensation has been generally denominated the Millennial Age. A moment’s reflection, however, will convince any one that its proper and Scriptural designation is the New Jeru­salem, which term marks the last and most perfect stage in the development of the Church on earth. It is admitted that in the symbolic language of prophecy, Jerusalem sig­nifies the Church. A New Jerusalem, then, can mean nothing but a New Church, or a new and better dispensa­tion of grace. If there is to be a new dispensation, it is self-evident that it must have a beginning somewhere. If the New Jerusalem is to come down from God out of heaven, there is some one to whom it must first come. This Divine influence or effluence from God through the heavens into the Church on earth—which is signified by the New Jerusalem coming down from God out of heaven—must find its first receptacle in some mind fitted to receive it, and to be the centre of its diffusion abroad. Look back upon the history of the Church in all the past ages, and you find that every dispensation of grace has had its rise, and small mustard-seed beginning, in some one individual. So it manifestly must be in the New Jeru­salem stage of the Church’s progress. That Immanuel Swedenborg, servant of the Lord Jesus Christ, was the instrument of Providence in ushering in a new and better age of the Church, seems to me clear. I think there is found in his invaluable spiritual writings the germ of a new and higher dispensation. No one who is at all observant of the signs of the times cam doubt that he is to have at least a most important influence in shaping the theology and the life of the future church. I will give some reasons for this belief, which, it is hoped, will be satisfactory to some sincere inquirers after truth, and who are conscious of wants and spiritual yearnings, that the prevailing religions, with their literature, fail to supply. This work is given to the world for the reason given by another for a different work. ” It is one of our nobler human instincts, that we cannot feel within us the glory and the power of a real conviction, without earnestly striving to make that conviction pass into other minds.” (Comte’s Philosophy of the Sciences, by G. H. Lewes, p. 1.) 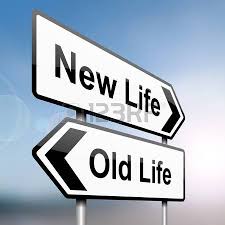