Because Holy Scripture describes ancient battles and warfare, chariots are often mentioned. But according to scientist/theologian Emanuel Swedenborg, the driver, the horses and the chariot all refer to—and symbolize—qualities of the human mind and spirit!

Swedenborg claimed that Holy Scripture contained deeper levels of meaning. These deeper levels addressed the spiritual story of human salvation and God’s secret steps for securing human salvation. Symbolically speaking, a chariot represents one’s body of knowledge, worldview and faith-system (or doctrine of life). In other words, it represents the exterior “housing” (memory-data) which carries our beliefs and preferences.

The rider or driver represents the intelligence and the wisdom of a person to maneuver their emotions and knowledge in the most advantageous and strategic way. The archer in the chariot represents the wisdom and intelligence by which an individual defends his or her worldview and attempts to convince. The archer’s arrows are “arguments” forged to make a sharp point in order to penetrate opposing views.

So the chariot, horses and riders symbolize various and distinct cognitive functions of the human psyche. But what about the connections between these mental functions that allow them to be subordinated, coordinated, and act in a unified manner? What do the connections correspond to?

Some people have asked me why I would mix the teachings of George Gurdjieff with those of Emanuel Swedenborg. Well, they both agreed that ancient civilizations employed this symbolism and allegory into their style of writing. But for me, Gurdjieff brought something new to the table. He said that the connections between the various cognitive functions were the flow of blood. Furthermore, Gurdjieff insisted that humans consisted of three distinct (discrete) species of blood!

This further insight can be applied to the symbolism of the chariot. The shaft that connected the chariot to the horse was the red blood. The reins that connected the driver to the horses was a “purer” blood, which modern science would describe as the electro-colloidal fluid/energy that courses through the nerve fibers. Finally, God was connected to the driver and archer through the “purest” blood or external blood of the soul.

Those who have read Swedenborg’s scientific and anatomical work know that he also classified blood into three similar and distinct species. And if one reads this material more closely it can be verified that these bloods do indeed connect the human body, mind and soul together.

I am sharing this unique information with you because my current book project Proving God seeks to unify science and religion. Most people know that religion offers us with ways to purify the heart. But there is also a scientific angle to salvation. When we apply God’s spiritual tenets to our lives, it affects the quality of our blood. Living a heaven-bound life actually cleanses and purifies the red blood and the purer blood (which Swedenborg called the animal spirit).  Evil intentions and behavior particularly corrupts the purer blood (Arcana Coelestia, n. 4227). 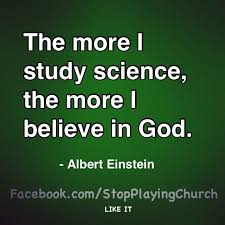 6 thoughts on “A chariot in the Bible is not a chariot!”