its essential Truths. The reason why a “word against the Son of Man” signifies to interpret the natural sense of the Word, which is the sense of its letter, according to appearances, is, Because by the “Son of Man” is meant the Lord, as to Divine Truth, such as it is in the earths, thus such as it is in the natural sense; and the reason why this “word” is remitted to man, is, Because most things in the natural sense, or in the sense of the letter of the Word, are goods and truths clothed, and only some naked, as in its spiritual sense; and goods and truths clothed are called appearances of truth. For the Word in the ultimates is as a man clad in clothing, who yet as to the face and hands is naked, and where the Word is thus naked, there its goods and truths appear naked as in heaven, thus such as they are in the spiritual sense; wherefore it can never come to pass but that the doctrine of genuine good and genuine truth, derived from the sense of the letter of the Word, may be seen by those who are enlightened of the Lord, and be confirmed by those who are not enlightened. The reason why the Word is such in the sense of the letter, is, that it may be a basis for the spiritual sense; hereby also it is accommodated to the apprehension of the simple, who can only perceive those things which are so said, and when they perceive, can believe and do them. And whereas Divine Truths, in the sense of the letter of the Word, are most of them appearances of truth, and the simple in faith and heart cannot be elevated above those appearances, hence it is not sin and blasphemy to interpret the Word according to appearances, if so be principles are not formed from them, and these confirmed even to the destruction of Divine Truth in its genuine sense. AE 778.

By “saying a word against the Holy Spirit” is meant to speak well and to think ill, and to do well and to will ill, respecting those things which relate to the Lord, His kingdom and church, and also which relate to the Word, for thereby a false principle lies concealed inwardly in the truths which are spoken, and in the goods which are done, which false principle is hidden poison, whence they are called an offspring of vipers. In the other life it is allowed to an evil spirit to speak what is evil and false, but not what is good and true, inasmuch as all in that life are compelled to speak from the heart, and not to divide the mind; they who do otherwise are separated from the rest, and are immersed deep in hells, from which they can never come forth. That such are they who are meant by “saying a word against the Holy Spirit,” is manifest from the Lord’s words on the occasion,—” Either make the tree good and the fruit good, or make the tree corrupt and the fruit corrupt; how can you speak what is good when you are evil?” (Matt 12:33, 34.) The “Holy Spirit” is the Divine Truth proceeding from the Lord, thus the Holy, Divine Principle Itself, which is thus principally and materially blasphemed. The reason why it will not be remitted to them is, because hypocrisy or deceit about holy Divine things infects the interiors of man, and destroys the all of spiritual life belonging to him. AC 9013. See also, AC 882, 9264, 9818. Also, DP 98, 231. Also, TCR 299. 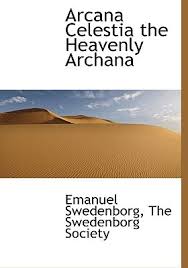 It is to be noted that the Lord successively and continually, even to the last moment of life, when He was glorified, separated from Himself, and put off what was merely Human, namely, what He derived from the mother, until at length He was no longer her son, but the Son of God, not only as to conception, but also as to nativity, and thus One with the Father; and Himself Jehovah. That He separated from Himself, and put off all the Humanity which He had from the mother, so that He was no longer her son, is manifest from the Lord’s words in Matthew,—”A certain person said, Behold, Your mother and Your brethren stand without, seeking to speak with You; but Jesus answering, said, Who is My mother, and who My brethren? And stretching forth His hands over His disciples, He said, Behold My mother and My brethren! for whoever shall do the will of My Father who is in the heavens, the same is My brother, and sister, and mother.” AC 4649.

My brethren,—The reason why the Lord calls those His “brethren” who do the will of His Father, is, because in heaven no other affinities are given but such as are spiritual, thus no other fraternities; for in heaven they do not become brethren by virtue of any natural nativity, and they too, who have been brethren in the world, do not there know each other, but every one knows another from the good of love; they who are most conjoined in that good, are as brethren, and the rest, according to conjunction by good, are as relations and also as friends. Hence it is that by “brother,” in the Word, is signified the good of love. That in heaven all are consociated according to spiritual relationships, which are of the good of love and of faith, and that they know each other as relations, see the “Treatise on Heaven and Hell,” 205, and AC 685, 917, 2739, 3815, 4121. That hence by “brethren” in the Word are meant those who are conjoined by good, see AC 2360, 3303, 3803, 10490. AE 46.

Verse 35. Whosoever shall do the will of God, &c.—By “doing the will of God,” is understood to do His precepts, or to live according to them from the affection of love or charity. The “will of the Lord” is, in the Old Testament, called His good pleasure, and in like manner signifies the Divine Love; and to “do His good pleasure,” or “His will,” signifies to love God and our neighbour, thus to live according to the Lord’s precepts. AE 295.