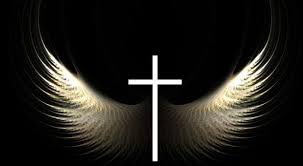 The nature of the Holy Spirit is a topic where there’s a marked difference between standard Christian theology and the New Christian perspective. The “official” dogma of most Christian teaching is that the Holy Spirit is one of the three persons that make up one God, in the role of reaching out to people with the power of God to bring them into a desire for righteousness. He is perceived to be proceeding from the other two: God the Father and Jesus the Son.

That old formulation was the result of three centuries of debate among early Christians, as they tried to understand the nature of God. At that time, there was a sizeable minority that rejected the God-in-three-persons view, but — the majority won out, at the Council of Nicea, in 325 AD.

The New Christian teaching is more akin to some of the old minority viewpoints. It regards the Holy Spirit as a force, or activity, coming from God — not a separate being. This aligns with our everyday understanding of “spirit” as the projection of someone’s personality. It also accounts for the fact that the term “the Holy Spirit” does not occur in Old Testament, which instead uses phrases such “the spirit of God,” “the spirit of Jehovah” and “the spirit of the Lord,” where the idea of spirit connected closely with the person of God.

The Writings describe the Father, Son and Holy Spirit as three attributes of one person: the soul, body and spirit of the one God. They also say that the term “Holy Spirit” emerges in the New Testament because it is connected with the Lord’s advent in the physical body of Jesus, and because of the way that advent changed the way we can learn the Lord’s truth and become good people.

According to the Writings, the churches that came before the advent were “representative.” The people in them (in the best of those churches, anyway) knew that the Lord had created the world, and that the world was thus an image of the Lord, and they had the ability to look at that created world and understand its spiritual messages; they could look at the world and understand the Lord. And they did it without trying and with great depth, much the way we can read a book when what we’re actually seeing is a bunch of black squiggles on a white sheet of paper.

That ability was eventually twisted into idol-worship and magic, however, as people slid into evil. The Lord used the Children of Israel to preserve symbolic forms of worship, but even they didn’t know the deeper meaning of the rituals they followed. With the world thus bereft of real understanding, the Lord took on a human body so He could offer people new ideas directly. That’s why the Writings say that He represents divine truth (“the Word became flesh,” as it is put in John 1:14).

The Holy Spirit at heart also represents divine truth, the truth offered by the Lord through his ministry in the world and its record in the New Testament. The term “the Holy Spirit” is also used in a more general sense to mean the divine activity and the divine effect, which work through true teachings to have an impact on our lives.

Such a direct connection between the Lord and us was not something that could come through representatives; it had to come from the Lord as a man walking the earth during His physical life or – in modern times – through the image we have of Him as a man in His physical life. That’s why people did not receive the Holy Spirit before the Lord’s advent. 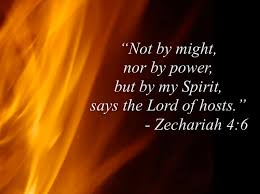