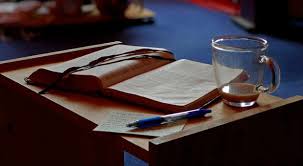 People seem a bit unclear about heaven’s landscape – is it a tropical garden with fruit for the picking, or is it a place of fluffy white clouds and harp music?

They are also divided on how to get there. Is it by accepting the forgiveness brought to mankind by Jesus on the cross (the Protestant version)? Or is it by doing the things God has told us to do through holy books and churches (the version for Catholics and most other monotheists)?

But this much seems to be agreed: It is a paradise and a reward, and anyone who gains entry will be happy.

Hell, meanwhile, is quite the opposite: It is a fearsome place where people are tortured. Some see is cold and snowy; most think of it as hot and fiery, but either way it is torment for anyone who goes there. And who is that ends up there? Anyone who doesn’t believe the right things, which will vary depending on which version of the “right things” actually turns out to be right.

But does that all make sense? It seems someone could be a thoroughly nasty person, full of hatred for others and love of himself, and still go to heaven for saying or doing specific, sanctioned things. Someone else could be the nicest guy in the world, always ready to help and with a genuine delight in the good fortune of others, but trot off to hell’s torturers for believing in the wrong version of God.

The obvious question there is “what kind of God would torture people just for believing the wrong thing?” That’s caused a lot of people to question whether hell exists.

A more intriguing question, though, involves that nasty, selfish, horrible person going to heaven. His whole life his delight has been fleecing people out of their money and laughing at them for their stupidity, and now he’s supposed to hang out eating grapes with these same pathetic losers? Worse, he’s not allowed to run any scams, trick them, laugh at them, nothing! This goody-two-shoes “love and harmony” garbage makes him gag. What kind of heaven is that?

Swedenborg’s take on heaven and hell is quite different. It stems from the idea that we are what we love: that our deepest affections and feelings determine our true character, not what we’ve done or even the thoughts we have. After we die, his works say, our affections come to the surface so that everyone can see them, and then we are in a sense free to associate with anyone we want to. So naturally we find people with similar affections so we can live together and share the things we love.

Hell, on the flip side, is simply a place where nasty, selfish people congregate and filter into groups based on the specific lusts and desires they have. Since they’re all evil, they all want to hurt and dominate each other, so it’s a rather endless struggle. And since the Lord prevents them from really hurting each other – and prevents them from attacking the good people – it’s rather frustrating. But that torture from within is the only torture there is; the Lord has no desire to and no reason to punish them. In fact, He still loves them and wishes for them to be as happy as they can be, considering what they have chosen to become.

There is much, much more that could be said; Swedenborg wrote an entire book on the subject. Here are a few key points:

1. People are married in heaven; in fact, the pure love of marriage is the central love of heaven. Those marriages are of husbands and wives who are perfectly matched, suited to each other uniquely because of what they love and how they think. In some cases those are marriages continued from this life; in other cases couples part mutually and are led to the right partners. Swedenborg calls the love of heavenly couples “conjugial,” and says a husband and wife actually become one soul. And yes, those marriages are “complete,” with the addendum that the merging of external bodies we can experience in this life is but a faint reflection of the merging of spiritual bodies that an angel couple experiences.

2. There is no separate race of angels: Angels are people who accepted the Lord’s love in this life and went to heaven after they died.

3. Children who die go to heaven to be raised by angel parents. They are still human and still have free will, but growing up in heaven all but guarantees they will become angels as well.

4. People’s surroundings – and even their outward appearance – are projections of what they are internally, so that both are of surpassing beauty and pleasantness, all perfectly suited to the people who are there.

5. Between heaven and hell is an area Swedenborg calls the World of Spirits. People go there when they first die, and while there learn the truth about the Lord and heaven. People’s inner loves also slowly emerge while they are in the World of Spirits, so they recognize others with the same loves and begin their journeys toward heaven or hell.

The Swedenborg Foundation recently published a new translation of Swedenborg’s “Heaven and Hell,” with modernized language for greater accessibility. You can order that here: http://swedenborg.com/book_detail.asp-pkproductid=82

You can also download a free version of an older translation here: http://swedenborg.com/page.asp-page_name=complete_works

This video is a product of the New Christian Bible Study Corporation. Follow this link for more information and more explanations – text, pictures, audio files, and videos: http://www.newchristianbiblestudy.org

This video is a product of the Swedenborg Foundation. Follow these links for further information and other videos: http://www.youtube.com/user/offTheLeftEye and http://www.Swedenborg.com