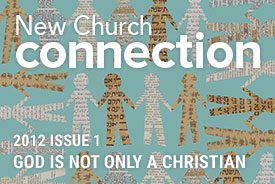 I think that God is loving, so some stories in the Bible make me do a double-take—“God said what?!” 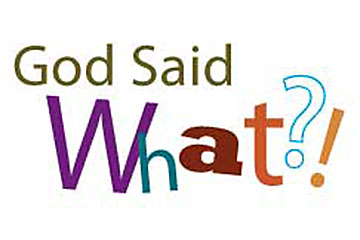 The book of Genesis tells a story like that. God said to Abraham, “Take now your son, your only son Isaac, whom you love, and go to the land of Moriah, and offer him there as a burnt offering.” Abraham complies, takes Isaac and binds him on the altar, but at the last second the angel of the Lord intervenes and stops Abraham from killing his son (Genesis 22).

I imagine you might react like me—“Wait… What?!… No way! God would never ask for that—would He?” To be fair, part of the point of the story is that Abraham trusted God enough to do something that seemed like it would destroy everything for which he had worked, hoped and prayed. If God had asked for something less extreme, it wouldn’t have been a test of his faith. At least we can say that God never really intended that Isaac should actually be sacrificed. Still, that leaves us wondering whether God was lying to Abraham, and whether we should have such complete faith in a God who asks us to make such extreme sacrifices.

The Bible says that “God is Love” (1 John 4:8). True Christianity tells that, in reality, God cannot turn away from us or even look at us with a frown” (56). Still, we see people—even the innocent—suffering. Since earliest times people have assumed that God punishes us for displeasing Him, but the teachings of the New Church invite us to look more deeply at the Bible.

From earliest times people knew from prophecy that Divine Love would take on a human manifestation in the world, and that this Human would take on our challenges and give everything, even His life, to help us overcome evil. Eventually, though, this belief was twisted into the horrible idea that God could somehow be pleased with sacrificial murder of His Son, or with human sacrifice in general. That terrible belief was widespread in Abraham’s time, and Abraham could not grasp sacrifice in any other terms.

On a deeper level this story is telling us symbolically what love is like. Genuine love is sacrificial. We should never sacrifice our children though we may sacrifice for our children and help them learn to sacrifice compassionately for others. A mother may go hungry herself to give food to her starving child. A soldier may give his life to protect his country and a fireman may give his life to rescue people from a burning building. A person in love may overlook and forgive a thousand little injuries and failings, because love is compassionate and is willing to suffer in order to protect and provide for loved ones. “Greater love has no one than to lay down one’s life for one’s friends” (John 15:13).

The Rev. John Odhner is an Assistant to the Pastor at the Bryn Athyn Church (www.brynathynchurch.org).