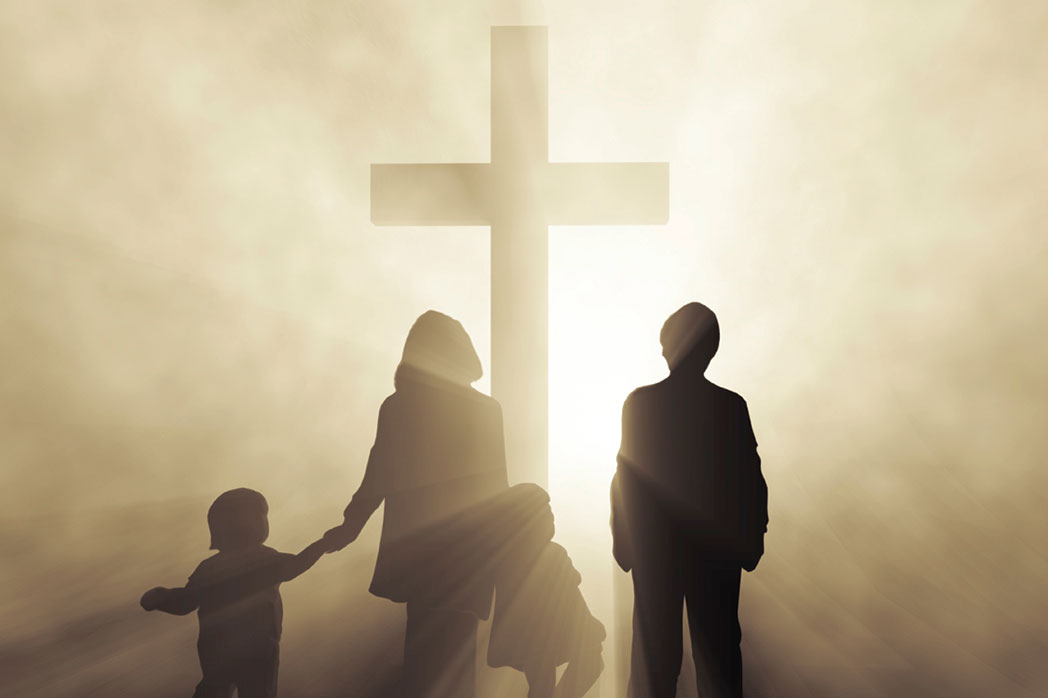 In the predominately Catholic neighborhood where I grew up, most of my friends went to St. Matthew’s Catholic School while the rest of us went to public school. But religious differences did not separate us. In fact, we never argued about, and hardly ever discussed, religion. What was most important to us was whether or not we could get enough kids together to have a baseball game in the summer or a football game in the fall. In the winter we wondered whether or not the ice at Roger Williams Park was thick enough for a hockey game. On Elmwood Avenue, in Providence Rhode Island, in the 1950s the world of sports was far more important to us than religion!

But I do remember one summer evening, under the street lights, when my friends and I were hanging out on the corner. We were probably around thirteen or fourteen years old, and someone said, “If you don’t believe in Jesus, you can’t go to heaven.” This was not spoken in an accusatory manner. It was a mere, offhand statement that someone had simply heard and was now repeating.

“If you don’t believe in Jesus, you can’t go to heaven.”

While it was no more than a casual utterance, that statement caught my attention. It just didn’t sound right to me. It did not ring true.

Looking back, I can vividly recall that moment in time. There we were, about six or seven of us, gathered together near John’s Market. Some of us were sitting on wooden steps, and some of us were standing. It was around eight in the evening, and the street lights had already come on. I don’t know why, but suddenly I found myself saying,

“If you are a good person you can go to heaven.”

No one argued with me. And that was the end of the discussion. We were on to other subjects…the Yankees…the Red Sox…the batting averages of Mickey Mantle and Ted Williams…. My words had already drifted off into the summer evening, like fading light, but the conviction behind them remains to this day as a firm belief.

Many years later I discovered the Writings of Emanuel Swedenborg, and to my great delight I found out that you could indeed “go to heaven” if you were a “good person.”

But what did it mean to be a “good person”?

According to Swedenborg one becomes a “good person” through a process called “regeneration”—a process through which we gradually become less selfish and more loving. This process is not mystical, mysterious, or instantaneous. Rather, it is, as Helen Keller says, “a change that comes over us as we hope and aspire and persevere in the way of the Divine Commandments.” Swedenborg puts it succinctly: “All can be saved, and those are saved who acknowledge God and live good lives” (Divine Providence 325).

It was clear, then, that good people could be saved.

But what about believing in Jesus? After all, my friend had said, “If you don’t believe in Jesus, you can’t go to heaven.” Are Christians the only ones who get into heaven? Is everybody else condemned? In her book Light in My Darkness, which is a tribute to the teachings of Emanuel Swedenborg, Helen Keller deals with this question eloquently:

I had been told by narrow people that all who were not Christians would be punished, and naturally my soul revolted, since I knew of wonderful men who had lived and died for truth as they saw it in the pagan lands. But in Heaven and Hell number 74 [by Emanuel Swedenborg] I found that ‘Jesus’ stands for Divine Good, Good wrought into deeds, and ‘Christ’ Divine Truth, sending forth new thought, new life and joy into the minds of men; therefore no one who believes in God and lives right is ever condemned (emphasis added).

These words capture the essence of what I was trying to tell my friends on that street corner in Providence on that summer evening so many years ago. And this is why the New Church, with its profound belief in Jesus Christ, and with its loving acknowledgement that all who strive to keep the commandments will be saved, has become my religion. As Jesus said, “Not everyone who says to Me, ‘Lord, Lord,’ shall enter the kingdom of heaven, but he who does the will of My Father” (Matthew 7:21).

If I were back on the street corner today with my friends I would tell them that they are right — no one comes into heaven if they do not believe in Love, which is what “Jesus” (the principle) represents and what Jesus (the Divine Human) came into the world to give.

I would also add that we do not get into heaven by merely confessing that we believe in “Love,” or that we believe in “Jesus.” We must prove this by living what Christ teaches — practicing loving-kindness, offering mercy, demonstrating courage, giving understanding, manifesting patience, dedicating ourselves to useful service and, in the process, being filled with every benevolent emotion and noble thought that we associate with a loving and wise God.

In 1957, when I was thirteen years old, I could not possibly have said all these things, nor would I or my friends have been able to understand them. So maybe it was best that the Lord led me to say, quite simply, “If you are a good person you can go to heaven!” And I still believe that this is true!